As part of the Unified Community Platform project, this wiki and 38 others will be migrated to the new platform in the next few weeks. Minimal changes are expected as part of this migration. Read more here.

This page lists content that was in Enter the Gungeon's Pre-Alpha, but is no longer in the full game. For general unused content, see Unused and Cut Content.

These are the title screens for the Alpha and Pre-Alpha. 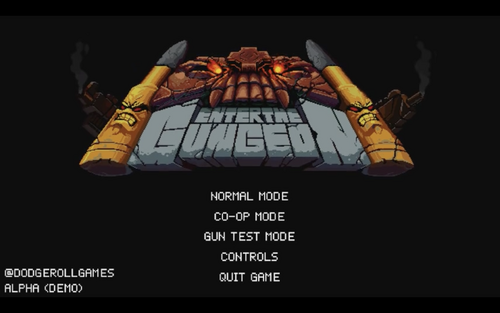 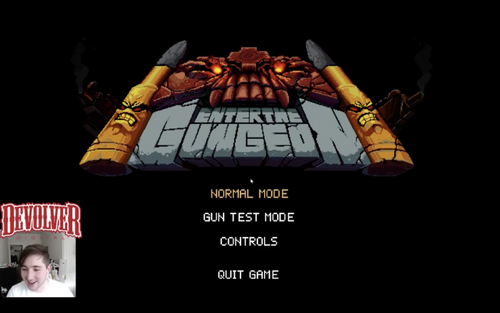 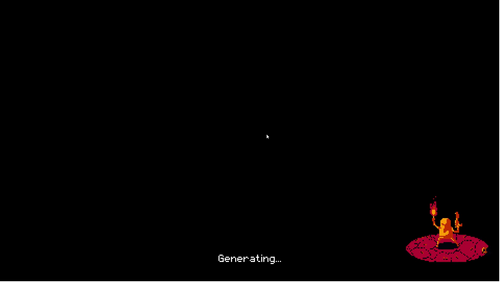 The Pre-Alpha equivalent of part of The Breach. 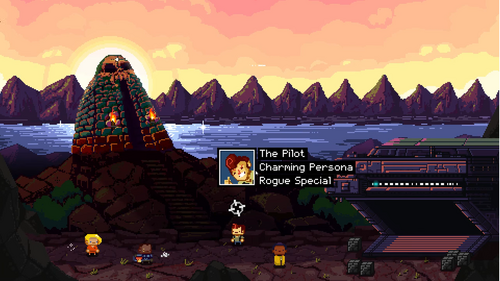 The Breach is different in the pre-alpha, having no character select and the tailor off to the side. 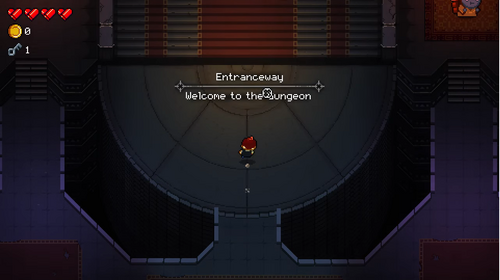 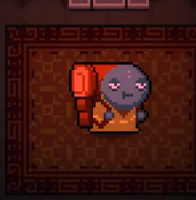 This was a mode in which the player was granted every gun in the game at the time for testing purposes. It also gave the player 1000

Removed in the full version, as it was only for testing and debugging.

Early version of the current Coin that looked like a round coin instead of a bullet shell. Brown coins gave one coin, silver gave ten, and gold has never been shown. 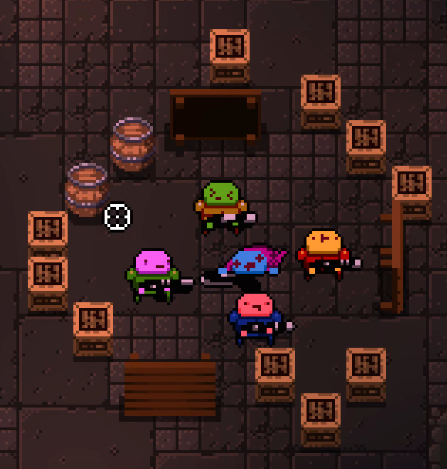 A set of 4 NPCs. Each had a colored face and outfit, their outfits matching their names: Lieutenant Red, Lieutenant Green, Yellow, and Blue. They surround the dead body of their leader, Colonel Purple. They task you with deciding who their next leader will be.

Upon speaking to Blue again:

Upon choosing “I’m ready to choose a new squad leader”:

If you choose Lt. Red:

This Ammonomicon was the demo Ammonomicon from the pre-alpha that appeared if the player clicked on the "Pro Strats" option in the settings. None of the other tabs can be clicked.

In the pre-alpha, the Ammonomicon option in the settings was grayed out.

It seems to include a help tab with the game controls and "Pro Tips" - this was likely scrapped after control rebinding was introduced. One of the "Pro Tips" mentions the unused feature in the pre-alpha that would give the player a supply drop with a new starting gun when their starting gun ran out of ammo and they had no other guns (starting guns had limited ammo in the pre-alpha). It also lists the teleporter icons as originally being a + symbol on the map screen. It has an early version of the Bosses tab icon along with an unused tab, a statistics tab, and a Death tab (the tab that only appears in the Ammonomicon after dying).