Did anyone pick a gun from a mimic and it transformed into a mimic gun ? It happened with a skull spitter, so i went and changed the wiki, but some wierds interactions lead me to think the cause is the mimic and not the gun. 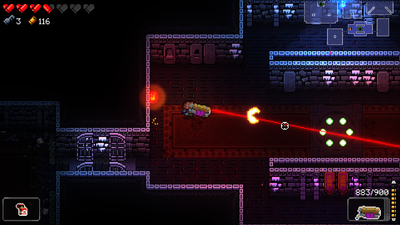 As you can see in the image, the gun is transformed into "Mimic", has 900 ammo and fires pacman-like bullets. Also, you can't drop it nor change guns...

For now, i left the changes in the wiki for skull spitter, as it seems i am the only one who has encountered this interaction, so i might be the gun, but i'm not sure it belongs here

Thanks a lot for any answers :)

P.S : there is also an image with all the items i had when the interaction occured 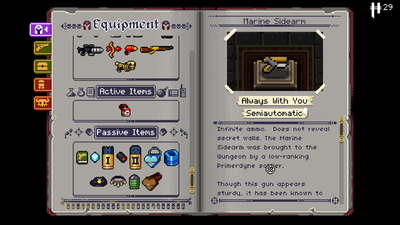 Okay, as wierd as it is, it changed back to normal gun a few rooms after.

I changed back the skull spitter page to correct my errors.

Also, some attacks were randomly cursed whie i had the mimic gun... This is some wierd interaction

You're not the only one who's encountered this, it's already been described on both this page and the Mimic Gun page. --Exschwasion (talk) 17:06, 7 October 2018 (UTC)